Including routine oil sampling and analysis is an important part of your maintenance strategy. The goal of an oil analysis program is to detect and resolve problems before they lead to costly repairs, complete failures or unplanned downtime.,

A mine operating a fleet of Electric Drive Ultra Class Haul Trucks was regularly sampling and analyzing their Wheel Motor gearbox oils every 250 hours as part of a Condition Based Maintenance strategy for planning either kidney loop filtering or change out of the gear oil.

For this particular unit, the component life expectancy was 26,000 hours and it had 12,286 hours (47%) of its life consumed at the time of the incident.

An oil sample result showed a sharp increase in wear metals, indicating a failure was underway on a truck’s left motor gearbox. The gearbox was nearing 50% of its rated life and had previously shown no signs of abnormal wear. The truck was brought in to the shop under its own power and both gearboxes inspected. 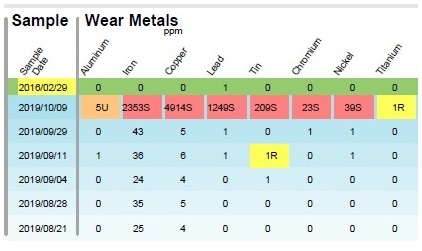 During inspection the maintenance team discovered the gearbox was beginning to fail. The duo cone seal had begun to leak and the oil level was low, burnt and heavily contaminated. Additionally, during the inspection and repair of the gearbox, a crack was found in the rear axle housing.

Both issues were caught before an in-field catastrophic failure could occur. Damage to the gearbox core and axle housing were minimized and repairs were made concurrently in order to maximize the unit’s downtime. 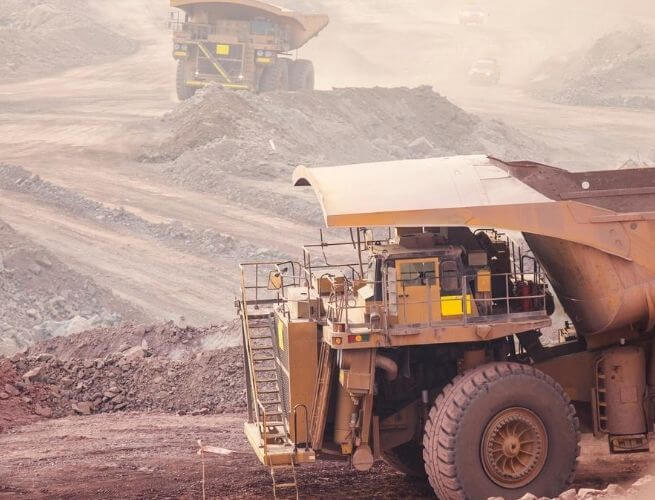